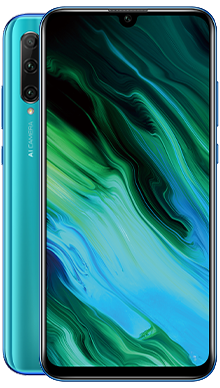 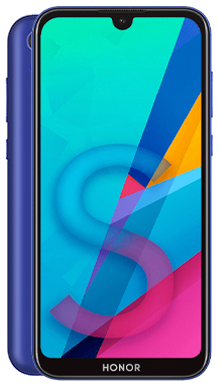 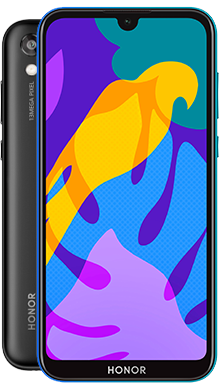 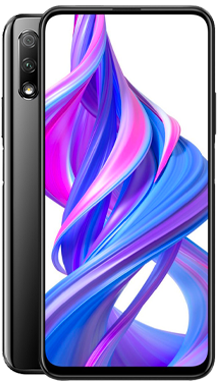 So, we’re here to talk a little bit about the company known as Honor. As a provider, this is one of the most promising up and coming organisations in the industry right now, known for creating something entirely different. They’ve kept to the conventional formula for making good smartphones, but at the same time, they've mixed up a lot of the details and added their unique touch to things which really has worked well. If there’s definitely one thing that you can say about Honor, it’s that they did an excellent job in terms of making their phones unique and innovative among the current market, a task which isn’t easy.

Because we want you to be able to get the most from your experiences here, we’ve taken a look at all of the different handsets we can offer you and collected them into one place. The hope is that this will give you the variety that you need to be able to find that perfect mobile phone for you!

So, the first device that we’re going to talk about is the Honor 8X. From a practical perspective, this is an excellent opening choice. It fits into the tier of middle smartphones with ease, despite not being a rival to the major market brands it still manages to provide a lot of use for anyone who wants to investigate this tier and likes what they see.

The beautiful thing about this phone is that it has been designed with a more practical element in mind. The idea that phones have to be dainty and slim is firmly in the past - there are 6.5-inches of glass here, and it’s all Gorilla Glass, so there’s no doubt that this will appeal to the modern audience. Everything that you can see on the screen is well displayed and really does provide an excellent example of what phones look like in the middle tiers, and we’ve seen they’re stunning.

As a phone, this was built with a Kirin 720 chipset, which means you know it has the power required to perform a whole series of tasks without disappointing you. This is just a reliable smartphone and it’s a good choice for anyone to think about.

Okay so now we’re going to be taking a look at the cream of the crop. This is perhaps the best and most advanced model that Honor can offer to you. It’s their most powerful phone, and their most beautiful too. What we get is a slim and sleek design, paired with 6.4 inches of screen and an excellent resolution. It’s one of those phones that looks good as well as performs well. And honestly? This makes all the difference.

However, functionally, this is a phone which can not only look pretty but also perform a lot of functions for the user. What you’ve got here is the incredibly powerful Kirin 980 Chipset, which is paired with the Android 9 Pie system for maximum levels of efficiency. This phone also has the potential to support 5G, so when you want to get in on the latest and most powerful signal when it launches, you can.

All in all, this is definitely a phone for the higher tiers, and serves as a viable competitor for anyone who doesn’t want something from the core providers in the industry and instead searches for something different entirely.

Of course, if neither of those options particularly appeal to you, you could always look into the third option, the Honor 10 Lite.

This is a phone which really was built to last, and so each element of the design has an emphasis on reliability and practicality. You might drop your phone from time to time and in some cases, that can be the end of it depending on the model. However, with the 10 Lite, you won’t have that issue. Even if you drop the device, it’s been made to weather a lot of impacts and still keep going.

With that being said, there’s more to appreciate than just the longevity of it. With 6.2 inches of screen and an LCD, this is a device that can provide you with the quality you need while still being tough. Plus, despite being a phone which looks like it was built to last sometimes, there is still an element of elegance and sophistication that you would be wise to think about.

However, it’s not just looks and rugged exterior that make this a good phone. There’s a Kirin 720 Chipset at work that seriously performs well, letting you use a selection of apps without worry about lag and other such issues.

So you might be asking yourself a simple question. Why Honor? Why are they popular? Well, to answer that we just have to point to one area that they excel in - innovation. As a company, they’re always changing up the norm and making new products that offer their unique take on things. It’s easy to find yourself getting bored and even uninterested in the current offerings, especially when you know what each company will turn out next. However, that’s not a problem which you’re going to have here. The main thing that Honor brings to the table is a real sense of change and growth - like they’re looking at the concept of a smartphone from a whole different angle. It’s really very refreshing.

At Metrofone, we try and make sure that we can provide you with nothing but the best in terms of phones and contacts, so we’re always looking to improve what we have on offer and expand on it. We try and make sure that new proposals go up all the time so you can find what works best for you. If you’re interested in any of the phones provided by Honor, or you just want to talk about your needs, please feel free to get in touch with a member of the customer service team for more information.

†RPI/CPI Price Increase - Each year, your Pay Monthly airtime tariff will be adjusted according to:. EE - The Consumer Price Index rate of inflation plus 3.9%, which is announced each January and adjusted on your bill each March.

1. Send proof (including link to deal and screenshot of basket) of competitors deal to pricepromise@metrofone.co.uk