Use your minutes, texts and data in the EU

To say thanks for being with us, enjoy three months’ free BT Sport, on your EE pay monthly phone or connected tablet. Loads of the UK’s best sporting action, on the UK’s fastest 4G network.

Enjoy our fastest ever 4G speeds, so you can browse, download and share in an instant. SIM Plans are capped at 60Mbps.

Enjoy MTV's video streaming service FREE for 6 months and the data is on EE! Do not worry about using too much data, as long as you have some data on your account EE will not take it out of your data allowance! To Redeem Text ‘MTV’ to 150. You can watch on the MTV Play App on the device with the EE SIM that redeemed the offer inside.

With personal hotspot you can use your existing data allowance to connect other devices to your phone and get them online for free. This is called tethering. It is great for other devices when there is no available WiFi. 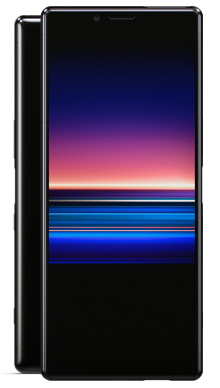 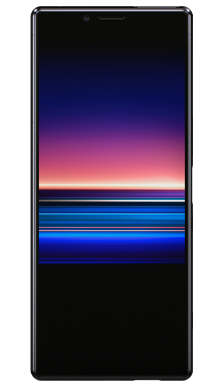 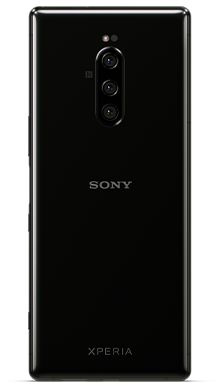 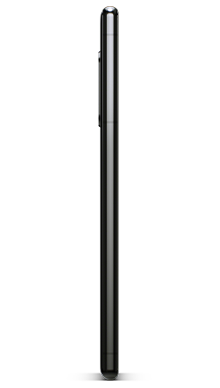 Sony is, without a doubt, one of the most well-known mobile phone producers around. This model, the Sony Xperia 1, is one of their popular handsets, which seems to be part of their attempt to keep up with modern trends.

Select your desired options to find the best Sony Xperia 1 deals for you. 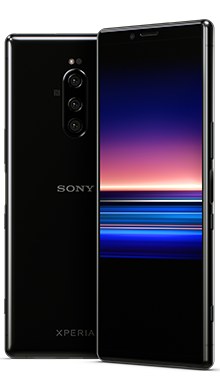 Thanks to many years of producing high-quality electronics, Sony has cultivated a committed customer base and a considerable influence in the market. The Xperia is known for being one of their most popular handsets which have emerged over the years. This particular model is a reboot edition for 2019 and catapults the company into the modern age while providing a robust flagship handset for customers to enjoy.

Even the modern incarnation of Sony phones has the trademark look for which the company is well known. A long, angular handset matches with square corners to create something instantly recognisable. Weighing in at 180g, it's not as light as some models but still sits comfortably in hand and isn't excessively heavy, which is all that we wanted anyway. With a glass back, front and matching aluminium handset, this model has gone for the modern composition which has proven so popular. It looks like any current smartphone, but it's still identifiable as a Sony model. The screen is almost an infinity variant, with a thin bezel at the top and bottom. Before you object to this, you have to remember that the Sony handset is typically longer than average, so you still get a good size screen.

Those who might fret over the front and back of the phone will be pleased to know that it's gorilla glass, so there's protection from the knocks and bashes which make a phone a very fragile investment. And with two separate IP ratings of IP65 and IP68, you can be sure that water is not going to bother this phone at all. There's an OLED touchscreen at work here, which is supplemented by the 1644 x 3840-pixel count, and there's also 16,000,000 colours to enjoy. As you can imagine, this makes it a popular choice for people who want to enjoy films, games or any other form of media. Other helpful specifications include an aspect ratio of 21:9, a screen-to-body ratio of 82.0%, and a PPI density of 643. All things considered, it's great.

The rear of the phone is set up in a standard triple-camera system. There's an excellent traffic light configuration which makes this an ideal choice for anyone, and you've also got a full selection of colours. Sony has gone for white, purple, grey and black. That offers you a wide variety of different shades for your phone, which is always nice.

The audio on this phone is consistent with the high standard that Sony operates from, and you'll be pleased to know that typically they do good. Their Dolby Atmos system makes an appearance on this device, providing you with smooth audio quality. There's no headphone jack, as the modern phones put more of an emphasis on wireless devices and Bluetooth headphones.

Alright, let's look at that chipset. There's a Qualcomm SDM855 Snapdragon 855 model running underneath that Sony frame, and we're not surprised. In modern phones, Qualcomm chips are pretty much the best. The chipset is paired up with an Octa-core (1x2.84 GHz Kryo 485 & 3x2.42 GHz Kryo 485 & 4x1.8 GHz Kryo 485) CPU, to provide you with maximum power and smooth running. Additional features include the Adreno 640 GPU, as well as the very sophisticated Android 9.0 Pie. This version is the latest incarnation of the Android software, and is exceptionally capable.

There's also a considerable 3330mAh battery at work, which provides you with all of the life that you could need from start to finish. There's wired and fast battery charging available to, so even if you find yourself without your phone, it won't be for long. In terms of storage capacity, you've got the choice between a 64GB and 128GB system. There's also a 6GB RAM provision, and you can use the MicroSD slot to add up to 1TB of extra storage. This space is comparable to the majority of top-end computers.

It's no secret that the Sony line of models has always been a popular choice for people who want to enjoy an iconic selection of phones. This modern incarnation was just the ticket for revitalising the brand and propelling Sony forward into the future. We're fond of it.

Metrofone works hard to introduce customers to the newest handsets on the market, as well as access to some of the old favourites too. Our goal is to provide you with the very best in terms of deals and phones, so we're always updating our selection to make sure you get all the options you want.

To make sure we offer the best contracts, we've partnered up exclusively with EE. They're a company who provide some of the best network coverage in the UK, and they match our commitment to customer satisfaction. They also have a range of extra perks to go with their deals, so you're going to be well looked after.

So if you've got your heart set on the Sony Xperia 1 or any of the other models we've got available in our selection, please feel free to contact a member of the team on 0333 900 1144.