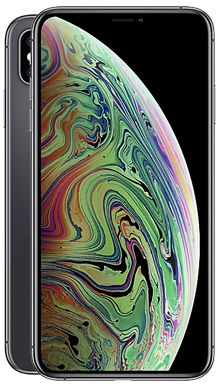 The iPhone XS Max is one of the trio of handsets to hit the shelves this year, and it has been another resounding success. 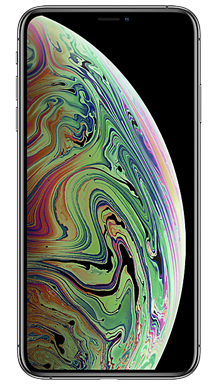 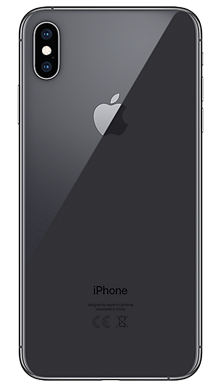 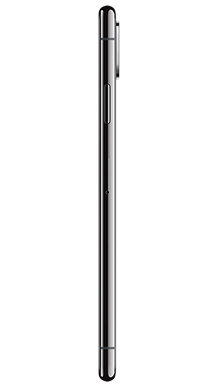 The iPhone XS Max is one of the trio of handsets to hit the shelves this year, and it has been another resounding success.
Product Details View Deals

Select your desired options to find the best Apple iPhone Xs Max deals for you.

So in typical Apple style, this year's phone releases were set to cause a media storm. In 2017 they made waves by releasing the iPhone X entirely off schedule, so this year they decided to top that by releasing three new handsets at the same time and ending the rumours and speculation that had been around for months.

Apple is something of a mystery as they are well known for expensive technology and yet they have a massive following of users who just cannot wait to get their hands on the latest releases. The iPhone XS Max is one of the trio of handsets to hit the shelves this year, and it has been another resounding success. The iPhoneX was the first handset in a few years not to have a larger version to accompany it, and clearly, they feel that it is better when they do have the option and users certainly seem to agree.

In terms of flagship phones the iPhoneXS officially claims the title, but obviously, it does share the top spot with this phone as both are packed with the same features from Apple just in different size cases.

To keep customers on their toes, Apple has decided not to make too much of the ‘plus’ name and are using the iPhoneXS to identify both handsets. However, they will surely understand that as retailers and customers we need to be able to differentiate so we will continue to add the Plus to the larger handset to make sure it is easily identifiable, and customers are able to find the handset they need.

So as you would expect the iPhone XS Max is a larger cased version of the iPhone XS and they share their feature set. All three of the phones that Apple have released this year feature the edge-to-edge infinity screen design which does away with the home button but does keep the notch at the top for the front-facing camera. It was clear that the iPhone X design was well received and we are sure that this means Apple has now done away with the bezel and home button for good.


The screen has increased from 5.8 inches on the iPhone XS to 6.5 inches on this iPhone XS Max version. The screen is the superior OLED that Apple has used before, and the front-facing camera is TrueDepth.
Because this is a primarily glass design Apple had added the toughened Gorilla Glass 8 which is fantastic but do remember that these handsets are not great when dropped so we do recommend a case and even insurance as the nightmare of being without your phone is not one you want to live. Sticking with their sombre colour scheme the iPhone XS Max comes in Space Grey, Gold and Silver.


Being a top of the range handset, you would expect the audio to be really good, and it is. The iPhone XS Max uses the same technology as the iPhone X. This year Apple does not include the headphone conversion jack in the box, as they are clearly keen to get their customers using the proprietary W1 wireless technology, which works with Apple and some other brands of headphones.


Again when it comes to Apple, we know that the camera technology is first rate. Using the same camera arrangement as the iPhone 8 Plus we have two 12MP cameras on the back, which have super retina display added. On the front, as already mentioned you will find the TrueDepth front-facing camera that not only deals with FaceID but offers the best in selfie images to boot.


Apple is offering their newest handsets in a couple of size options with the 64GB or the 516GB being available for the iPhone XS Max. Interestingly this is the most significant storage Apple offer which does still fall short of the fantastic 1TB option we have seen from the new Galaxy Note 9 who utilise the microSD card expansion option, a feature Apple has never taken advantage of.

Interestingly Apple has included the ability to use the iPhone XS Max in landscape mode which is the same technology used in their iPads and something many will find useful.


If you are a fan of the larger Apple phones, then you are going to love the iPhone XS Max. It has the best in Apple technology, and it looks really, really good. It is not going to be the cheapest contract on offer, but there are so many deals that you can choose from we are sure there is a way that meets your budget on offer. Previously the iPhoneXS was the most expensive phone that Apple had ever made but that has now dropped in price and been replaced by this iPhone XS max and its little brother the iPhone XS


When we asked for people to go and research the best deals possible here at Metrofone for the iPhone max there was no shortage of hands waving, and we have to say they have done a great job, we have loads on offer.

Here at Metrofone, we work exclusively with EE because we know that this gives our customers the access they need to the best in connectivity and network service no matter where they may roam. Added to this, EE has also provided a stunning range of extra benefits to customers who choose one of their amazing deals, and these include access to Apple Music and BT Sport as well as international calling.

Owning an iPhone XS Max is a big deal, so if you want any more information or want to find out about any of the stunning deals we offer here at Metrofone then why not give our lovely customer service team a call today on 0333 900 1144

Q. How do you screenshot on an iPhone Xs Max?

A. To take a screenshot on the iPhone Xs Max, all you need to do is press the lock button and volume up button at the same time. You phone will flash to show a screenshot has been taken.

A. The iPhone Xs Max has an IP68 rating. Therefore, the phone is resistant to damage in up to 2 metres of water for 30 minutes.

Q. How do you turn off the iPhone Xs Max?

A. To turn off the iPhone Xs Max, you need to press and hold the volume up button and the lock button. A slider will appear at the top of the screen with ‘slide to power off’. Pull this to the right and your phone will begin to power off.

Q. How big is the iPhone Xs Max?

A. The iPhone Xs Max has a 6.5-inch super retina OLED touchscreen.

Q. How do you show battery percentage on an iPhone Xs Max?

Q. What colours can I buy the iPhone Xs Max in?

A. The Xs Max is available to purchase in Space Grey, Silver and Gold.

Q. How do you close apps on an iPhone Xs Max?

A. To close apps on the Xs Max, just swipe up from the bottom of the display to show all your open apps. Swipe until you get to the app you want to close and swipe up. The app will now close.

A. Unfortunately, the iPhone Xs Max is not compatible with 5G.

Q. Does the iPhone Xs Max come with AirPods?

A. AirPods do not come with the iPhone Xs Max. You will receive wired headphones with an adaptor however, AirPods are available to purchase in the checkout.

Q. Does the iPhone Xs Max have wireless charging?

A. The iPhone Xs Max is compatible with wireless charging but will only be delivered with a lightning charger. You can purchase a wireless charger in the checkout.

We offer free next day delivery with all handsets, when ordered before 8pm Monday-Friday.

1. Send proof (including link to deal and screenshot of basket) of competitors deal to pricepromise@metrofone.co.uk