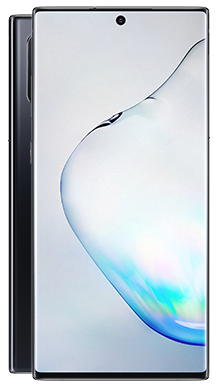 If you are looking for a powerful high-end smartphone that brings the best of Samsung technology with the addition of the S-Pen, then this could be the perfect handset for you. 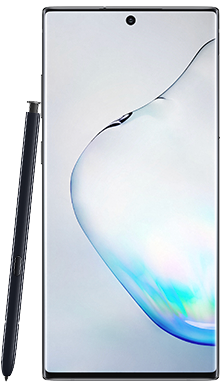 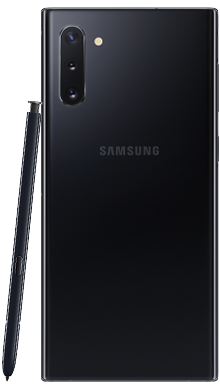 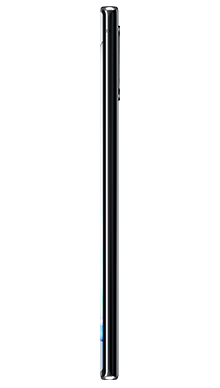 If you are looking for a powerful high-end smartphone that brings the best of Samsung technology with the addition of the S-Pen, then this could be the perfect handset for you.
Product Details View Deals
Our Best Selling Deal
£149.99 UPFRONT
£35.00*

Select your desired options to find the best Samsung Galaxy Note 10 deals for you. 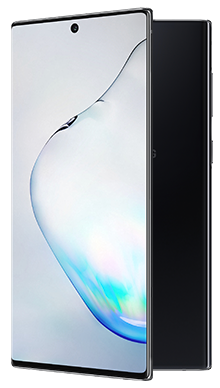 Samsung handsets are always met by a large press gathering and massive fan interest, and that is little wonder as they are considered one of the top three leading manufacturers of mobile phones in the UK. They have a vast range of handsets at all levels, but their Note series along with the S series is the top of the range flagship phones that are always high-spec expensive offerings. Of course with the Note handset, you also get the benefits of the S-Pen, and they are one of the one companies to utilise an interactive stylus, but considering the popularity of this series of phones, it is clearly working for them.

As you might expect the finish of the Galaxy Note 10 is flawless. It features their classic glass back, and front look with the aluminium finish keeping the two halves together, and it looks and feels high-end from the moment you pick it up. Appealing to current popular trends, it is an infinity screen that has no evidence of bezel edging, and the front-facing camera has been reduced to a very subtle pin-prick housing that does not really impact on the screen at all. The handset has an almost square edge design which again is familiar to the Note series and differentiates from other handsets in their stables.

The handset is a larger 6.3-inch offering with an AMOLED screen which gives it a wealth of potential, especially for the huge base of phone users who are choosing to stream movies and take part in mobile gaming. A good screen is essential, and the display is crystal clear, with a resolution of 2280x1080 pixels which makes the Galaxy Note 10 a perfect choice, especially as the S-Pen can be used as a remote control with certain apps.

The back of the phone is also premium looking, featuring a very clean panel that has the rear-facing camera housing, in this case, a triple-lens arrangement that sits in a traffic light formation, with the LED sat off to the side. Beneath this is a simple Samsung logo, and the rest is just colour. The handset comes in three different colours; there is white or black, which are pretty traditional colours and then a new graded pearlised phone that is really pretty. The S-Pen matches the phone with the exception of the new colour, and that comes with a bright blue offering, and the finished look is good.

As with all Samsung handsets, the sound quality is first-rate, the clarity is brilliant and the volume levels without added speakers or headphones are perfect. So if you want to watch television or just make phone calls hands free, you will certainly not be disappointed. As you might have guessed the design feature of not supplying a standard 3.5mm headphone jack has continued as all phone manufacturers seem keen for users to move to wireless technology with headphones and earbuds increasingly popular.

Keen to stay at the cutting edge of photo technology in mobile phones, Samsung has some new ISO features, one of which uses Artificial Intelligence. The hardware in the handset brings three lenses into play, a 12MP main (f/1.5, f/1.8, f/2.4) lens with supporting 16MP wide (f/2.2) lens and a 12MP telephoto (f/2.1) lens. The front-facing selfie camera is a single lens offering but packs a good 10MP (f/2.1) punch. Video recording is good, and you can use either the front or back to capture your day.

Just before they launched the handset, Samsung released details of the new Exynos chipset which is generally what they use for UK releases but this is a new beefed-up version called the Exynos 9825, bringing even more power to the Note 10. Of course, this is an Android handset, and you get the latest version Android 9.0 Pie.

In terms of storage you have 8GB of RAM and 256GB of storage built-in, but if this isn’t enough have no fear the standard Samsung removable SD card comes into play, and you can expand your storage up to 1TB which frankly is more than many laptops and plenty for most people. The battery size is good; it features a 3500 mAh Li-ion battery which is capable of fast charging. In the box is the cable but this is also a wireless charging phone, you will just need to purchase a wireless charger to take advantage of the feature.

The Samsung Galaxy Note 10 is a handset that will appeal to many users; it is perfect for business users due to the storage and the extra office capabilities it offers. However, the Note series is equally popular with social users, as it is a technology-packed phone with loads of functionality.

Here at Metrofone, we are keen to make sure our customers have access to a good selection of handsets, from basic phones to high-end smartphone offerings. Samsung is a popular manufacturer, and we have worked hard to get a great selection of pay monthly offers to make it affordable for many.

We work exclusively with the team at EE because we want to ensure you have the same standards of care that you get from us. They have an excellent UK coverage map, a strong 4G network and a stunning level of international service. So, wherever you need to be, you can rely on your phone being in service and ready to use.

If you have any questions about the Samsung Galaxy Note 10 or wish to talk about any of the products and services we offer, please do give our customer service team a call on 0333 900 1144.

Q. How do you screenshot on the Samsung Galaxy Note 10?

A. To screenshot on the Samsung Note 10, just press the lock button and volume button at the same time. A shutter noise will sound to show the screenshot has been taken.

A. There are two versions of the Note 10. One is single nano-SIM and the other is dual SIM.

Q. Does the Samsung Note 10 have wireless charging?

Q. What colours can I buy the Samsung Note 10 in?

A. You can purchase the Note 10 in Aura Glow, Aura White, Aura Black, Aura Pink and Aura Red.

A. The Samsung Note 10 is not 5G however, there is a Note 10 Plus version that is compatible with 5G.