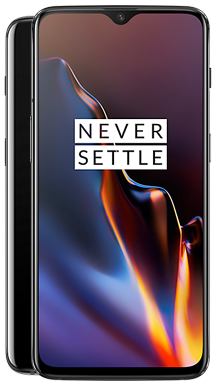 The OnePlus 6T is a power handset with a great 6.41-inch AMOLED display. It has an amazing dual camera setup with HDR and protected by Gorilla Gass 6 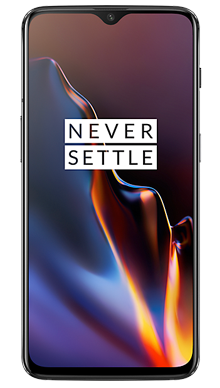 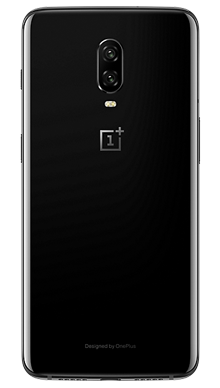 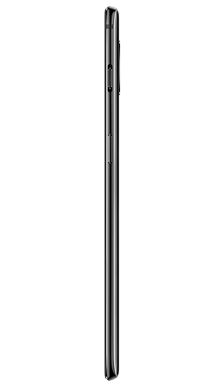 The OnePlus 6T is a power handset with a great 6.41-inch AMOLED display. It has an amazing dual camera setup with HDR and protected by Gorilla Gass 6
Product Details View Deals

Select your desired options to find the best OnePlus 6T deals for you. 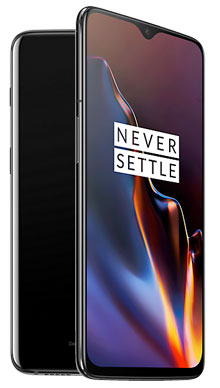 Newer to the field than some of the other handset manufacturers, OnePlus have been making a lot of waves. Starting in the middle of the field this Chinese based company have made it clear that they are capable of rivalling the big boys and are certainly producing handsets that perform incredibly and have the look and feel of a serious high-end offering.

Their most famous range that sits at the top of their own rankings is the T series, and due to the feature-packed nature of these phones OnePlus are committed to only releasing a new T range handset when technology gives them something to really show off. With that in mind, it has been two years since the last T range phone came to market. In November 2018 they proudly unveiled the OnePlus 6T as their new flagship handset.

This is a seriously stunning looking phone that features the modern infinity edge to edge screen, so not a single millimetre of screen space is lost. The heavy glass finish smacks of premium level technology, and it comes in a range of two shades of black. If you prefer a matte finish to your handset, then you will want to look at the Midnight Black option, whereas for those who prefer a glossy feel the Mirror Black is the obvious choice for you. The screen is nice 6.41 inch, which is comfortable to hold in one hand for single-handed use. OnePlus have chosen to remove the headphone jack which fits with the current trend so isn’t really a surprise, but they do include the adapter in the box as standard.

With a single teardrop cut away for the front-facing camera this is an Optic AMOLED which is what we would expect to see on a handset at this level. The aspect ratio is 19.5:9 and the screen has 2340 x 1080 pixels with 402 ppi, making this a perfect multimedia handset great for playing games or streaming video with a crystal clear display. To protect a screen this good, you would expect a certain level of glass, and this is the pleasing 2.5D Corning Gorilla Glass 6, which is known to be sturdy and durable. OnePlus have also included a pre-applied screen protector which is a nice feature. For security, you will also find an onscreen fingerprint sensor which again seems to be the future and means there is no need for extra hardware on the exterior of the phone.

Audio performance is fantastic with more than enough power to provide an excellent sound for whatever you might choose to watch or play. As we already said there is no 3.5mm headphone jack, but that doesn’t mean you cannot use your wired headphones and the adapter comes in the box. Bluetooth is your other option, and connected headphones work well if you also prefer the wire free performance.

A neat dual rear camera arrangement ensures that you will be able to take some great images. In an unusual move, the primary camera has the smaller megapixel count at a more than respectable 16 and the secondary supporting camera packs the more considerable 20MP punch. The two combine seamlessly to deliver a stunning performance, and you will find low light images come out really well. On the front of the handset, you will find a 16MP selfie camera which again is more than enough for some great snaps. You can record video with either the front or rear camera and experiences many great features including super slow-mo.

Inside the handset, you will be correct in assuming there is a certain amount of meat on the bones. This comes in the form of the hugely reliable Qualcomm Snapdragon 845 (Octa-core, 10nm, up to 2.8 GHz), within AIE. Out of the box, the handset comes running the latest version of Android Pie and of course you can apply upgrades as and when they are released. The RAM is a good 8MB, and in terms of storage, you can choose between 128GB or 256GB depending which suits your needs and budget the best.

There is no wireless charging with the OnePlus 6T, but instead, you will find a fit charging cable and adapter in the box and OnePlus boasts a super fast charging time of just 30 minutes which should get you back up and running in no time. In terms of battery power, there is an impressive 3700mAh battery which should give you all the power you need to play out a busy day away from the mains and still leave you with power to get back to your charger. This is a fixed battery which again is in line with the other high-end handsets.

This is a really lovely handset that has the look and feel of a high-end piece of kit. It has been well thought out so that the best technology is included and perhaps certain extras have been left out on purpose to ensure that the price tag is so stunningly reasonable making this a serious contender for many people looking for a high-performance Android phone.

As soon as a new handset is released our team are hot on the heels of the best deals in town to ensure that our customers can get the phone they want at a price they can afford. We have been hard at work gathering a great range of deals to make sure you have no-upfront cost options as well as many other smashing deals.

At Metrofone we partner exclusively with EE because we know that they have a solid reputation and a customer ethos that matches our own. We want to ensure that you have the best in network connectivity and extra free gifts, so you have the performance and value you want.

Please do give our customer service team a call on 0333 900 1144 if you have any questions about any of the great deals we offer.

Q. Is the OnePlus 6T waterproof?

A. The OnePlus 6T does not have an IP rating therefore, we wouldn’t suggest taking it in any depth of water for any length of time.

Q. Does the OnePlus 6T have an always on display?

A. No, the OnePlus 6T does not have an always on display.

Q. Does the OnePlus 6T come with a case?

A. There is no case included in the OnePlus 6T delivery. You will have to order these separately.

Q. Does the OnePlus 6T have an AMOLED display?

Q. Is the OnePlus 6T compatible with wireless charging?

A. No, the OnePlus 6T is not compatible with wireless charging, only fast charging 20W.

Q. Does the OnePlus 6T have a microSD slot?

A. There is no slot for expandable memory on the 6T.

A. The OnePlus 6T is not compatible with 5G, just 4G and below.

Q. Is there a headphone jack on the OnePlus 6T?

A. There is no headphone jack on the OnePlus 6T however, it is compatible with wireless headphones.