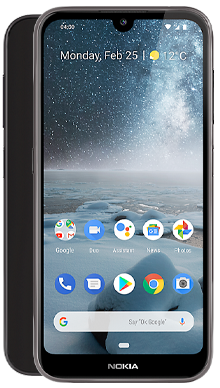 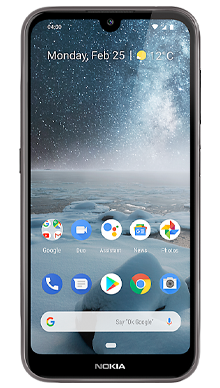 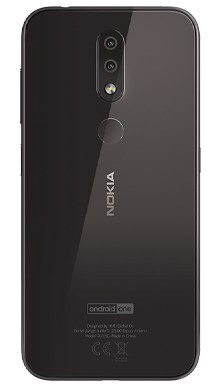 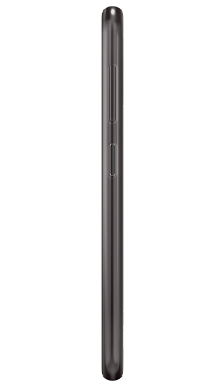 The Nokia 4.2 is a handset that has a budget price but refuses to compromise on quality. With a sleek design, HD display and 13MP Camera, this handset will not disappoint.

Select your desired options to find the best Nokia 4.2 deals for you. 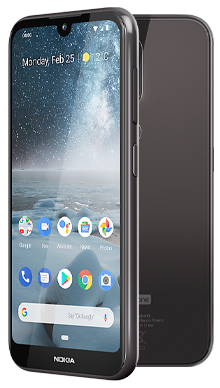 Nokia, now there‘s a name that I haven‘t heard in a long time. Previously one of the biggest and most well-known players on the mobile phone market, the prominence dropped off thanks to a largely disastrous deal with Microsoft. However, since the end of that deal, Nokia has been quietly churning out some great budget smartphones. The new Nokia 4.2 is just one of their latest and we take a look at what makes it unique.

This is one area where Nokia has tried to distinguish the 4.2 from other budget phones at a similar price point. The 4.2 features a sleek rounded design and is complemented by both front and rear glass and metal finishing. This is something that is normally only seen in high-end phones. Nokia describes this as a ‘mini-flagship' phone. That is a lofty ambition to hit particularly on a sub £200 phone, but the looks place it somewhere above the mostly plastic offerings from other manufacturers at this price one. The bezel is fairly noticeable around the top and side and juts out even more in the bottom where it also sports the Nokia logo. Despite this, there is still a notch in the display for the front-facing camera.

The display is a 5.71-inch LCD one that comes in with a resolution of 720x1520. This puts it in the HD+ range of displays. The aspect ratio is 19:9 and whilst the size feels right on a phone like this the display is only good enough. The colour pallet is tunable but it lacks some true punch. The viewing angles are great though and you will get a good brightness from it even in bright sunlight which is fantastic. It is a solid display that does its job well.

Audio is handled by some bottom-firing speakers. These give you reasonable sound quality and are great for speakerphone calls and the odd podcast, but if you want to listen to music you are better off with some earbuds or an external speaker. When it comes to connection options you are well catered for with the addition of a 3.5mm headphone jack at the top of the phone for all your wired connection needs. Bluetooth audio is also available if you want a wider range of wireless options and sound quality through these is great.

The camera on the 4.2 is pretty decent. It features a dual rear camera along with a front camera. To the rear, you have a 13MP main lens, alongside a 2MP depth sensor. This gives you some pretty respectable results which are all you expect for a phone at this price point. The pictures are crisp and clear, and normally in a budget phone like this, you can tell that compromises have been made on the camera, but not with this one. The selfie camera is an 8MP one as well, so you get decent quality out of that. The camera software does come with some good features too and you get things like Live focus so that you can get those great styled bokeh shots with ease. The phone also has a distinct lack of ‘beauty sliders' and other such tricks that seem to plague modern phones, so, all in all, you get a great solid camera.

As this phone is part of the Android One program, you get a stock Android setup which is great as it means the operating system isn't bloated with an additional UI over the top. Performance is handled by a SnapDragon 439 chipset and 3Gb of RAM. This chipset is a bit of a jack of all trades and it will handle most things, including playing games. Though because of this is doesn't particularly excel in any area. So, performance is just adequate across everything.

Everything on this phone just works, and by that, we mean that at times it feels like it is only just working. It does work but just lacks a little oomph to make it shine. That being said other phones in this same budget category struggle a lot more than this one does.

When it comes to battery life you get a 3000mAh one which is pretty decent and will see you getting a solid two days performance out of reasonable usage. However, when it comes to media then this does drain the battery. Some 90 mins of video footage can see the battery losing between 20 and 40% which is massive.

If you want a decent looking smartphone for everyday tasks that aren't going to break the bank, then this is one of the best you can get. The look and feel of the phone are that of a much more expensive device thanks to the inclusion of glass and metal. It isn't going to be suitable for heavy media users and gamers though who will find the battery life and performance a little wanting.

If you are looking for a great deal on a new handset then Metrofone wants to talk to you. We stock the widest range of some of the best handsets on the market. This means that we can tailor our offerings to every customer. We can recommend and find the phone that is exactly right for you and your lifestyle. We can then also source the best deal around for you to make sure you get the package that you want.

We want to make sure that we can provide the widest coverage in the UK. So, we work exclusively with EE who has the best 4G network in the UK. This means that we can be certain of getting the deal that works for you.

If you want to know more about the Nokia 4.2 or want to get some details on any of our other great range of handsets, then our customer service team is standing by for you. They have a great deal of knowledge and experience and are waiting to help you pick the handset and deal that is perfect for your requirements. Give them a call on 0333 900 1144 and they will be more than happy to help you.