Call to Order
Nokia 1 Plus Black 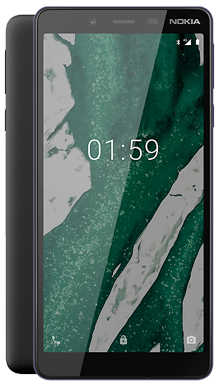 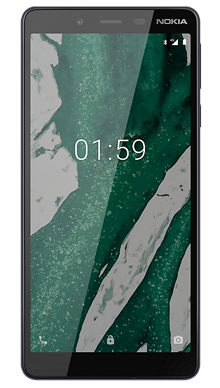 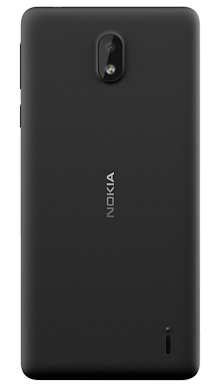 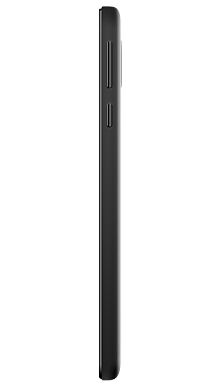 The Nokia 1 Plus is one of the best budget smartphones around. Its perfect as a backup phone. It can also last for a quite a while on standby and will do great for day to day use. It does look good, and the changeable back is a great throwback.

Select your desired options to find the best Nokia 1 Plus deals for you. 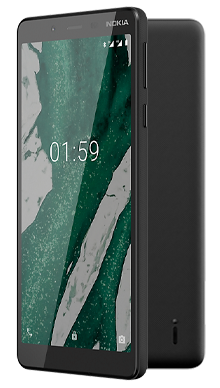 Nokia 1 Plus Design and Screen

As mentioned, this is part of the OneUI network, which means you get a stock version of Android on the device. In this case, though it is the Android Pie (Go Edition) which is tailored for lesser hardware. This hasn't stopped Nokia working hard on the design of the phone. Whilst it is a plastic phone, it has been made to look more like the higher-end handsets on the market. It is in a stylish black colour, though the rear cover is removable if you fancy changing the look of the phone now and again. This is an old school Nokia feature that we are glad to see kept alive.

The screen is a 5.45-inch IPS display running at 960x480 resolution. This is a sub-HD resolution, so you aren't going to be getting top of the range looks, but it is more than adequate for day-to-day operation. The bezel around the display is smaller than last year, but it is still noticeable, and the larger chin section features the Nokia logo on it. The rear case is textured rather than gloss, which is great as this means the phone feels more secure in your hand all this despite being slimmer than last year’s model. This phone still has a reassuring weight to it though

The sound quality isn't going to be studio like on a budget smartphone, but it does do the job very well. Speakerphone calls are going to be easily heard and the odd bit of listening to music is going to work well, though if you want to improve matters then the addition of an external speaker or headphones is going to be better for you. There is a 3.5mm jack if you want to make a wired connection, or Bluetooth if you want something more wireless. No matter how you connect though the sound is going to do the job for you.

With a budget phone, you aren't going to get 4 of the highest-quality lenses thrown onto the device, but all you need is one good one. This phone has an 8MP rear lens with some basic auto-focus functions. The front selfie camera is a 5MP one, so you can easily use either to take your photos. The camera software itself is pretty basic, don't expect any bokeh effects or HDR here, but you can get some good quality everyday pictures on this phone. Great for when you just want to capture something quickly.

Nokia 1 Plus Features and Performance

The performance is going to be a key factor in a phone in this price range, and it is never going to compete with more expensive phones. That being said the MediaTek quad-core 1.5 chipset does its job well. This is alongside 1Gb of RAM and 8Gb of storage. The Go Edition of Android is stripped down to make the most of hardware like this, so you get reasonable performance from the phone. All of the major Google apps are present, though they are portals to web-based versions rather than apps in the truest sense. This is all done to keep storage usage down, that being said you still don't get much left over after the OS has taken what it needs from your 8Gb. The Play store works, but you will find some apps just aren't available on the Go edition of the OS. That being said several popular apps provide tailored versions for the Go edition.

You are not going to be using this phone as a powerhouse of gaming, but it will handle most daily use without too many difficulties, you will just notice some measure of delay as you switch around between apps.

The battery in the phone is a 2500mAh which boasts giving you over 83 hours of music and 13 hours of talk time. This means that you won’t have to charge this phone too often. The phone has a micro-USB socket for charging which means you won’t get any fast charging on this phone and there is no wireless charging either.

As cheap smartphones go, you will struggle to find one cheaper. It does what it needs to do well and works as a great emergency back-up phone or a replacement for the kids' phone. It has a long battery life and it looks like a more expensive phone than it is which is great.

At Metrofone we want to satisfy every customer with every purchase they make from us. This means that we are constantly on the lookout for the best in new mobile devices to add to our range. We make sure that we stock the widest range of handsets available so that we can match every customer to their perfect device. Once you have selected the right device for you we will help you find the right deal to go along with it, meeting your requirements and lifestyle perfectly.

We work exclusively with EE to be able to bring you the widest network coverage in the UK. This means that no matter where you are, then we can make sure you are connected to the UK’s number one network.

If you want to talk to us about our handsets, or just want to know more about the Nokia 1 Plus, then we have a dedicated and experienced customer service team standing by. Our knowledgeable staff will be able to take you through everything you need to know and find the right handset and deal for you, give them a call on 0333 900 1144 now.