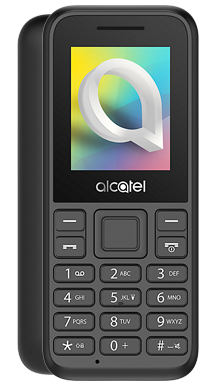 Some mobile phone companies don’t try and compete with the giants that are Apple and Samsung. For a lot of businesses, their success comes from making available entry level phones which can be used by anyone. The Alcatel 1066 is one of those. 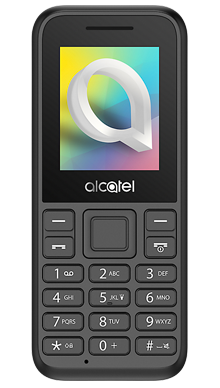 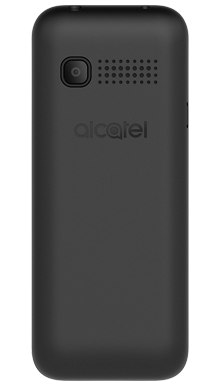 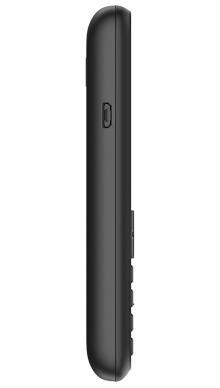 Some mobile phone companies don’t try and compete with the giants that are Apple and Samsung. For a lot of businesses, their success comes from making available entry level phones which can be used by anyone. The Alcatel 1066 is one of those.
Product Details View Deals
Our Best Selling Deal
£0 UPFRONT COST
£3.00

Select your desired options to find the best Alcatel 1066 deals for you. 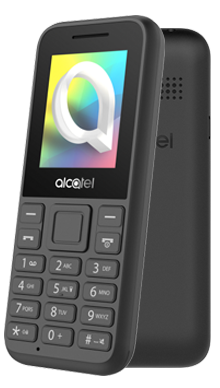 Some mobile phone companies don’t try and compete with the giants that are Apple and Samsung. For a lot of businesses, their success comes from making available entry level phones which can be used by anyone. The Alcatel 1066 is one of those.

This is a fairly basic phone which offers a consistent experience for the user. It isn’t big and brilliant, but that isn’t necessarily a bad thing. Some people would, in fact, argue that this is what makes it so accessible. It is functional without a doubt, but it also isn’t ridiculously expensive either. As it doesn’t stand as a direct competitor to the flagship models of other devices, it has the time to focus on perfecting it’s set of features.

When you’re not searching for a mobile which is complicated and complex, then this is the model for you. It doesn’t attempt to compete with any of the flagship models of other providers, and this makes it one of the better phones because of this.

Backed up by the sterling reputation of Alcatel, this is one of the more popular phones among its tier, and this has seen it earn a well-deserved recommendation among users.

The design for this particular device is definitely old school. It isn’t all that sleek or modern, but aesthetics are far from the deciding factor on this specific phone. There’s a relatively small screen installed and the conventional keypad for texting only.

With regards to size, this is pretty easy to hold with one hand and doesn’t try to be too big and bulky. This works well for people who want to hold the phone with one hand. The screen is bright, and everything is easy to read, which is a bonus. You get a 1.8-inch screen, and an easy to work navigation system with the keypad. While this isn’t comparable to the flagship devices of big companies, the intention for this entry-level phone was never to compete at such a high level.

Thanks to the design of this phone, you’re less likely to permanently damage it when you accidentally drop it, because it is pretty tough and durable. It’s not a bad pick for someone’s first phone or a work phone for people who are doing manual labour.

The audio on this phone is similar to what you might expect from an entry-level device in the range. The audio quality isn’t excellent, but it is at least functional when considering a device of this calibre. It is good enough to make calls with, and with a headphone set installed you can get a pretty good level of quality.

This is an entry-level phone, so the camera really isn’t something to consider all that much. Still, it does have a use for people who are looking to capture some essential photos and videos. With only a 0.08-megapixel camera, you’ll only be able to take the most basic of photos, so keep this in mind.

Concerning performance, this behaves and acts exactly as you’d expect from a phone which is in this tier. It’s not going to compete with phones at the level of Apple and Samsung, but it does everything that you need it to do and performs at a reasonably consistent level from start to finish. It has a wide selection of applications which allow it to do a surprising amount for such a small phone.

You’ve got such basics as a flashlight, an alarm clock, a fake phone call for dodging out of social situations. There’s a pretty good battery life at work here as well, which is always helpful. You can probably use it regularly for a few days without any problems, as it doesn’t have all the battery draining functions and applications which other phones have.

Because it doesn’t have anything unusually high functioning going on, the Alcatel 1066 can perform at a consistently high level from start to finish. All of the applications work without masses of lag, and everything does what you tell it to do. Compared to the fact that some apps in flagship phones do randomly crash and fail, this makes the Alcatel a pretty reliable choice for someone to consider.

All things considered, this isn’t a bad phone for someone to have. Obviously, it isn’t going to be suitable for someone who wants to try and run a business and perform complex tasks. However, if you’re looking for something that can be knocked around and bashed about but still make texts and calls, this is probably the phone for you. It performs at a consistent level and doesn’t have any significant issues or faults with it, which is admirable when you consider that it’s just an entry level. The battery is pretty impressive for this kind of phone and will last you through most of the week with only one or two full charges.

Metrofone is an organisation which works tirelessly to make sure that you have access to all of the deals which will make your phone indeed a great one, and to that end, we’re always looking for new deals and offers to implement.

To make that vision a reality, we’ve paired up with EE. With their fantastic network coverage and service, we’re confident that you’ll get the most from your phone wherever you go.

Partnering with EE has also allowed us to offer customers a ton of helpful extras to go with their contracts. To give a few examples, Apple Music and BT Sport can become available, so it’s well worth doing. You’ll find an excellent extra perk regardless of what kind of deal you’re looking at.

If you think that the Alcatel 1066 is the phone for you, or you feel a need to discuss all of the different deals and options which we’ve worked to make available for you, please do not hesitate to contact a member of the customer service team on 0333 900 1144.

Frequently Asked Questions About The Alcatel 1066

A. The Alcatel 1066 is great if you’re on a budget! It’s a super cheap phone to buy, either SIM free or on a contract.

A. The battery on the Alcatel 1066 is brilliant if you’re someone who regularly forgets to charge their phone! The phone has around 300 hours standby time.

A. The Alcatel 1066 is only available in black.

A. There is a single lens camera at 0.8MP on the rear of the phone.

Battery
up to 7.5hrs

Battery
up to 7.5hrs