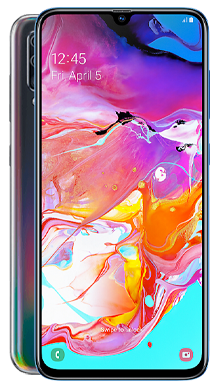 Brace yourselves. Another good Samsung model is coming. We all know that this company produces entire collections of great handsets, and the A70 is no exception. Part of the new and exciting A-Series, this is a phone to keep an eye on. 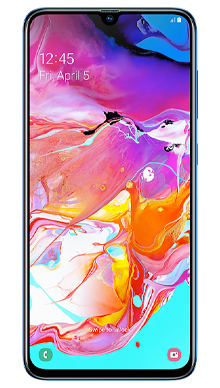 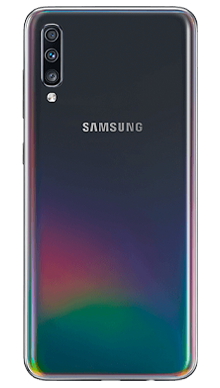 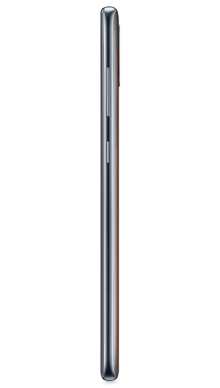 Brace yourselves. Another good Samsung model is coming. We all know that this company produces entire collections of great handsets, and the A70 is no exception. Part of the new and exciting A-Series, this is a phone to keep an eye on.
Product Details View Deals
SIM Free Price
ONLY
£387.99
inc. VAT & Delivery
View Monthly Price Plans

Select your desired options to find the best Samsung Galaxy A70 deals for you. 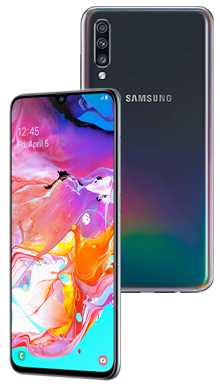 Brace yourselves. Another good Samsung model is coming. We all know that this company produces entire collections of great handsets, and the A70 is no exception. Part of the new and exciting A-Series, this is a phone to keep an eye on.

And of course, what’s to say about the company themselves? Samsung is so well known for their phones, and it’s no surprise that they’re part of a golden trio of providers, all of whom are recognised as being the best in the industry. Their commitment to quality is something which should not ever be dismissed out of hand. Everyone knows that this provider is one of the best ones, which is why whenever they release a new phone, we make sure to get our hands on it and test it out.

Samsung Galaxy A70 Design and Screen

So, let’s kick things off and take a look at the design and screen of this phone. You know what they say about first impressions - they do mean a lot. And this phone is one which does impress as soon as it’s out of the box. Take note of the curved design and ergonomic handling despite an impressive 6.7-inch screen. This phone was built for someone who wants the best, and you can tell by the HD display. There’s even the impressive Infinity display that Samsung has worked into the design, which offers you almost limitless screen space and only a small notch for the camera.

Despite appearances, this is not a bulky or cumbersome device. It doesn’t weigh much, and the front is protected by Gorilla glass, so you’re not in any danger of breaking it. The side buttons for things like locking the device and controlling the volume are also put within easy reach when holding it, and there’s a headphone jack. This feature makes a real change from even the top phones on the market right now, which seem to have just left the concept of wired ‘phones behind in the dust.

Moving to the back, we see that it’s pretty standard stuff. There’s a good solid back case, along with the camera setup which we’ll cover in more detail later. People will be pleased to know that the camera doesn’t impact the way you hold the phone - quite the opposite in fact. It gives you a good place to grip onto when you’re not using the camera, and somehow still doesn’t impact the overall sleek design.

Alright, the audio is pretty standard for Samsung. There’s that same quality which is a hallmark of their devices, and there’s crisp sound no matter what form of media playback you happen to get involved with. The only thing that you need to think about are the headphones you use because they’ll impact the experience.

Like most phones that are made these days, the camera does matter. What you’ve got to appreciate is that the power of this phone does make it stand out in the tier it’s in. What do we examine first? Well, there’s the powerful 32-megapixel camera at the back, which is supported by an 8 and 5-megapixel team, so there’s no doubt that you can get a good shot no matter where you go. Oh, and did we mention there’s a selfie camera on the front as standard? Social media users and selfie-enthusiasts have no fear; there’s a 32-megapixel front option.

Samsung Galaxy A70 Features and Performance

Alright, time to get onto the real meat of the matter - the performance. First things first, there’s a very powerful Snapdragon 675 chipset at work here, which packs all the power you’ll need for any task the phone might need to perform. Backing this up is a 4,500 mAh battery, which is capable of delivering the levels of life you need without worrying about charging. Oh, and on the subject, this phone supports fast charging. It’s helpful when you’re out and about and don’t have the time to spare.

Looking at the internal workings in more detail, you’ve got two variants to pick from - the 6GB of RAM or the more massive 8GB. Whichever one you choose, you’ll have access to 125 GB of storage, along with the ability to put extra storage space on if you need to. Of course, the real question is obvious - how well does it perform? Thankfully, this does everything that we needed it to without any issues at all. The entire phone ran smoothly, without issues, and there were no input lag or performance problems even when we ran multiple apps at once. Considering the middling tier this phone was made for, it’s exceptional.

Well, as a phone, what do we think? It’s pretty good, we can’t lie. All of the different elements work well together to give an offering that’s fast, smooth and sleek. It performs well, has no real problems with lag and you know that the emphasis was on working at full capacity. It’s a great offering for pretty much anyone to get their hands on.

As a company, we’re always looking for new and exciting ways to make sure that you get handsets that you deserve. Our range is ever expanding because, well, it’s what you should be able to have access to. We know that having a broad range means you’re more likely to find a dream deal, after all.

With that in mind, we’ve made sure to partner exclusively with EE, because we know that they are a company that shares our vision for exceptional quality and a superior standard of customer care. They give you the best deals, coverage and perks around, and we’re proud to be connected to them.

So if you’re interested in being able to get access to the A70, or you were wondering about any of the different options which we have in range, then you are more than welcome to sit down and talk to a member of the customer service team on 0333 900 1144.

Frequently Asked Questions About The Samsung Galaxy A70

Q. How do you screenshot on the Samsung A70?

A. All you need to do to take a screenshot on the Samsung A70 is press and hold the volume down and power button simultaneously. This will then be saved in the phone gallery.

Q. Is the Samsung A70 waterproof?

A. The Samsung A70 is not waterproof at all. It’s not suggested to let this phone get wet.

Q. When did the Samsung A70 come out?

A. The Samsung A70 was announced by Samsung in March 2019 then released in April.

Q. Does the Samsung A70 have wireless charging?

A. The Samsung A70 is not compatible with wireless charging. You will receive a type-c charger with the phone.

A. The Samsung A70 has a 6.7-inch super AMOLED touchscreen, it is on the larger size of phones.

A. The Samsung A70 is a mid-range phone. Deals are constantly changing however, it’s a very budget friendly phone.

Q. Does the Samsung A70 have Gorilla Glass?

A. There is Gorilla Glass 3 protecting the front display.

Q. What’s the memory size of the Samsung A70?

A. The Samsung A70 is able to be purchased with 128GB of internal storage.

Q. Does the Samsung A70 have a headphone jack?

A. The Samsung A70 has a 3.5mm audio jack. You should be able to listen through the majority of headphones on the market.