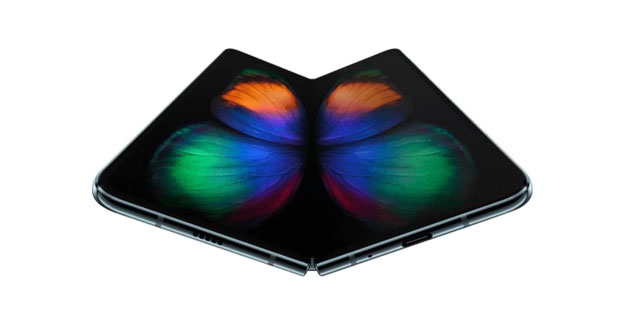 03 Sep New Patent From Samsung May Change Everything

When you think about Samsung, you probably equate them with incredible phone designs and a certain level of innovation which a lot of companies try very hard to match. That’s because Samsung is, in their own right, a veteran of the mobile phone industry and incredibly strategic designer.

So when a new patent was released to the public which talked about a new folding phone the Samsung had in the pipeline, a lot of people were very interested to see how the concept would work in practice, because there have been attempts in the past which haven’t necessarily gone according to plan by other companies. So, have Samsung figured it out?

Perhaps the most obvious point of discussion is the new design, which seems to address a lot of the issues that past models had. The folding mechanism has more manoeuvrability now, which means that there is less chance of a rigid structure snapping because it was bent the wrong way.

This phone seems to be a little bit thicker than previous outings as well, which is good because a folding phone potentially needs a bulkier body to ensure that stability and that structural integrity, especially when you consider that it will be folded multiple times a day.

Built to be Useful

On the other end of the spectrum, this is a phone which has been built to be useful. One of the ways that you can fold it for storage so the display faces outwards. Because you still have access to a portion of the screen, you could use it for things like checking notifications or playing music on your phone. Samsung has built this model to be useful and to make sure that even when it’s folded up and put away, it could still be accessed.

There is no doubt in our minds that this phone will be an exhilarating release for people to try and get a hold of, and that Samsung will continue to produce quality mobile devices. The excitement in the world of the phone industry will no doubt rise as time goes by, because the competitor companies will want to know what Samsung has done that’s good, and the customer base will want to get their hands on such an advanced piece of machinery.

We believe that this new model from Samsung has the potential to be a very impressive addition to their lineup. The folding phone seemed to be for the longest time a concept that a lot of companies struggled with, because either the device would break or not fold correctly. However, Samsung is known for creating innovative products which change the market when they release, so there is every possibility that they will be the ones to get it right and make the folding phone a popular concept. It’s just a case of waiting to see what the company does next and what they consider to be an essential feature to implement into the device.